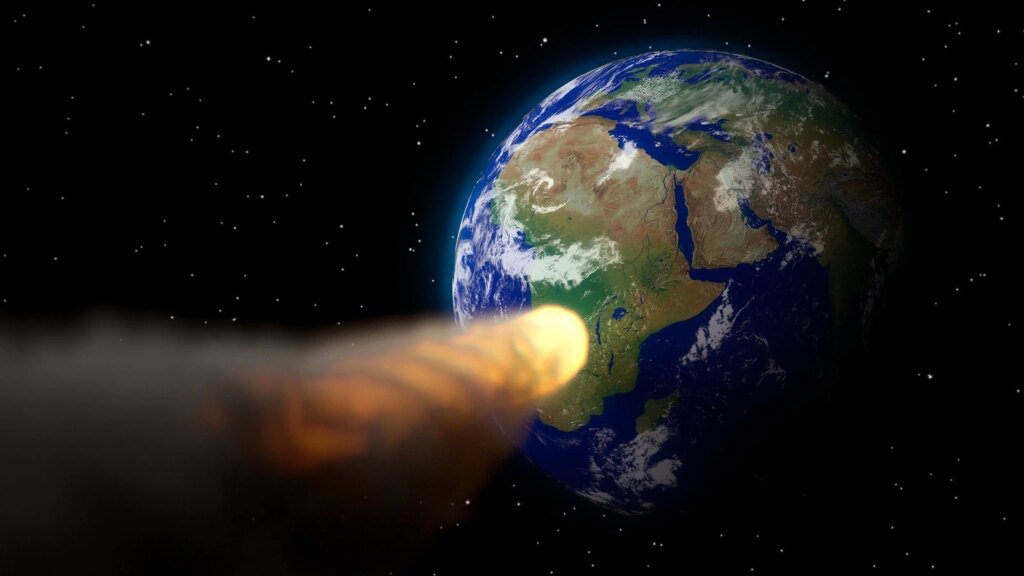 According to NASA, 5 large asteroids are rushing towards Earth today. Should you be worried?

There is going to be an asteroid bombardment today! As many as 5 large asteroids are gunning for the Earth today, April 2 according to the American space agency. While asteroids zoom past our planet almost every single day, it is rare to see so many asteroids passing by the Earth together. This also increases the risk factor significantly as even one of them deviating from their path and heading towards the Earth can spell instant disaster for us all. While the prediction at this time is that these asteroids will make a safe passage, things can change at a moment’s notice.

According to the Jet Propulsion Laboratory by NASA, these five asteroids are named 2022 FQ, 2016 GW221, 2022 FE2, 2021 GN1 and 2022 FJ1. The asteroids are between the size of 18-40 meters, and although they are not particularly large, if they were to crash into Earth, they will cause severe localized damage and create large impact craters which can lead to earthquakes, tsunamis and forest fires. It should be noted that all of these asteroids have been classified as near Earth objects (NEO) and as such, they are all potentially hazardous to our planet. Just a couple of weeks back, an asteroid named 2022 EB5 deviated from its path and hit the Earth near the western coast of Greenland.

NASA: 5 asteroids headed towards the Earth

The Planetary Defense Coordination Office or the PDCO, a wing of NASA that is tasked with monitoring and building anti-asteroid strategies, is responsible for tracking these asteroids and ensuring that they follow the predicted trajectory and never come close to the Earth. The existence of the department in itself highlights the danger these asteroids pose towards our planet and humanity.