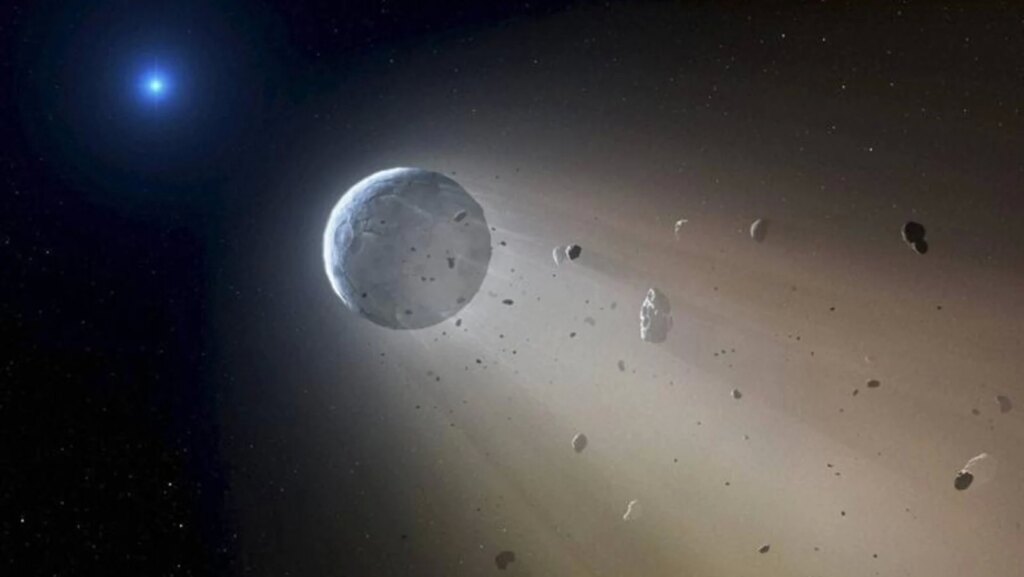 A large asteroid is set to approach Earth today, according to NASA asteroid watch.

This week has been unprecedented when it comes to asteroid sightings and near-earth asteroids shooting by dangerously close. We have had an asteroid on March 13, one on March 14, three smaller ones on March 15 and another asteroid is gunning for the Earth today, on March 16. For the astronomy enthusiasts, this is a great time to take out the telescope and observe the space rocks floating around us in all their splendor. But it should also be remembered that even the slightest deviation from its path can see an asteroid heading straight towards Earth and that too at mind-numbing speed. The potential for large-scale destruction is immense. According to NASA asteroid watch, this particular asteroid is 25 meters wide or as large as a Cricket pitch. It will fly past the Earth today at a distance of 2,650,000 kilometers.

The distance may seem so large that it should not generate any fear but in terms of astronomical distances, this is just a minuscule number. For reference, the Moon is almost 70 times farther than the closest approach between this asteroid and Earth. That’s not really too far, is it? With all being said, according to NASA this asteroid should make a safe passage and does not pose any threat to our home planet. However, the space agency is keeping a watch on it as things can change.

The asteroid, named 2022 EF4, is 25 meters wide. It does appear small, but an asteroid even this size is capable of causing localized destruction if it falls on the Earth. The asteroid is revolving around the Earth in an elliptical orbit, tracing up to Earth on one elongated end, and Mars on the other. In fact, if Earth was in any other position in its orbit, the asteroid would not even come close to it as this is the only intersection point for both the celestial bodies.

NASA has been very vigilant towards any and every near Earth object (NEO) that is in the observable distance. NASA has created its own department called Planetary Defense Coordination Office (PDCO) which aims to find ways to destroy large asteroids that may hit the Earth in future.

If you want to know more about this asteroid, you can go to NASA’s Small Body Database by clicking this link here.