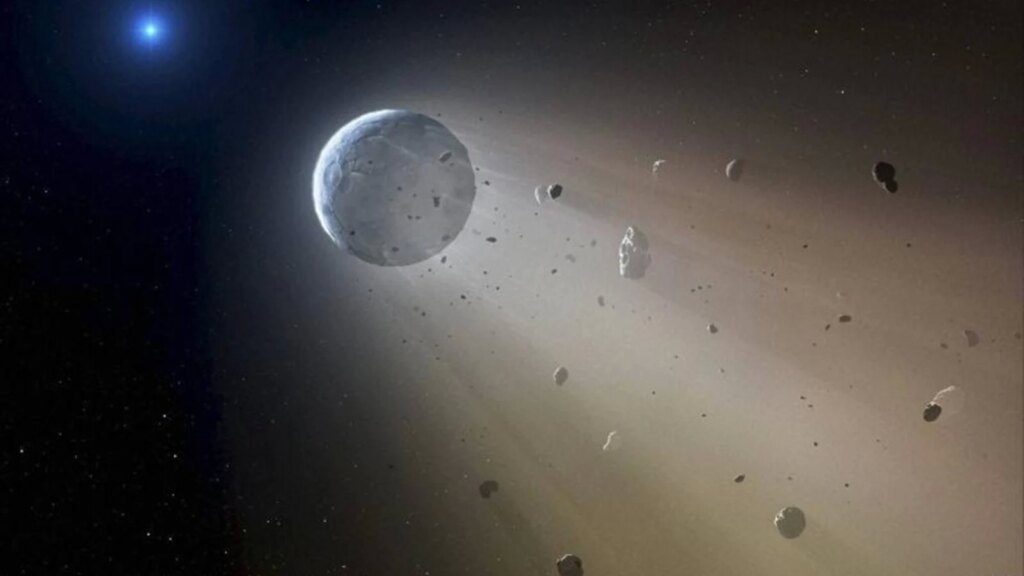 10ft wide Asteroid struck the Earth above Iceland last Friday on March 11. People reported heard a boom and saw a flash of light.

A small asteroid, half the size of a Giraffe, was spotted just two hours before it struck the Earth above Iceland last Friday on March 11. The space rock, dubbed as Asteroid 2022 EB5, was believed to have struck our planet’s atmosphere, however, it didn’t cause any damage as it was just 10ft (3 metres) wide. The asteroid was first spotted by Astronomer Krisztian Sarneczky on March 11 with a telescope at the Piszkesteto observatory in Hungary. He shared the info to the International Astronomical Union’s Minor Planet Center, which tracks near-Earth objects and comets. While the calculations showed the space rock had a 100% chance of impact north of Iceland, however, there was no danger as an asteroid of such a small size will burn up in our planet’s atmosphere. Through the NASA asteroid watch, the US space agency also keeps a constant eye on the skies for near Earth objects that may pose potential danger to Earth. However, if these asteroids are too small, they can escape detection till they are almost near our planet.

Some people in Iceland reported hearing a boom and witnessing a flash of light around the time 2022 EB5 hit the Earth’s atmosphere at 11 miles per second (18.5 km/s) between Greenland and Norway. However, no evidence of the asteroid has been found.

As per the European Space Agency, space rock 2022 EB5 became the fifth asteroid to be discovered before hitting Earth since 2008. The first asteroid was 2008 TC3 of a nearly 80-tonne, 13ft (4.1 metre) wide object that exploded above the Nubian Desert in Sudan in October 2008.

Meanwhile, ESA had suggested that 2022 EB5 can release energy equivalent to a magnitude 4.0 earthquake. As detection systems get more advanced, it might be possible to warn people when a small asteroid is inbound. The last major asteroid impact was seen in 2013 when a small asteroid around 60ft (19 metres) wide exploded over Chelyabinsk in Russia. The space rock hit the Earth’s atmosphere with energy estimated to be equivalent to 500,000 tonnes of TNT. It caused widespread damage and injured more than 1,600 people.