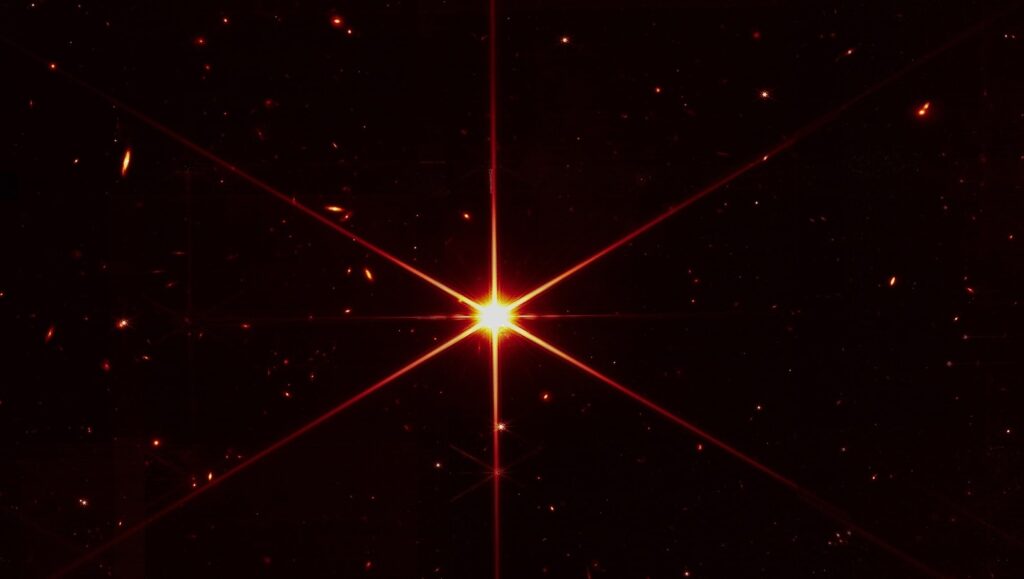 NASA says the James Webb Space Telescope is now ‘fully aligned’ as it shares this first-ever image. It is of a stunning star.

NASA has shared a stunning image of a star from the James Webb Space Telescope on March 16, claiming that the space telescope is now fully aligned to operate. NASA also highlighted that this is the first-ever highest resolution infrared image to be taken in space. The James Webb Telescope was launched on December 25, 2021, the day of Christmas by NASA in collaboration with the European Space Agency (ESA) and the Canadian Space Agency (CSA). The James Webb Telescope, with its greatly improved infrared resolution and sensitivity, is aimed to observe distant objects in space which the Hubble Telescope was not able to.

“More than 20 years ago, the Webb team set out to build the most powerful telescope that anyone has ever put in space and came up with an audacious optical design to meet demanding science goals. Today we can say that design is going to deliver,” said Thomas Zurbuchen, associate administrator for NASA’s Science Mission Directorate.

Last week, NASA scientists assigned to the James Webb Telescope completed the ‘fine phasing’ stage of alignment. To conduct the test, the telescope’s 18 hexagonal mirror segments were perfectly aligned to focus on a single star remotely from the Earth. The result is the stunning image you see. NASA stated in its press release, “Every optical parameter that has been checked and tested is performing at, or above, expectations. The observatory is able to successfully gather light from distant objects and deliver it to its instruments without issue”.

The James Webb Telescope is the first telescope in space to have segmented primary mirror design. Its 21 feet wide primary mirror is made up of 18 hexagonal, beryllium mirror segments. The complete structure was too big to even fit inside the rocket and had to be folded for the launch. Once it was deployed in space, each segment was unfolded and adjusted – to within nanometers – to form a single mirror surface.

“In addition to enabling the incredible science that Webb will achieve, the teams that designed, built, tested, launched, and now operate this observatory have pioneered a new way to build space telescopes,” said Lee Feinberg, Webb optical telescope element manager at NASA.

According to NASA, in the next six weeks, the James Webb Telescope team will complete the remaining alignment steps before moving on to final science instrument preparations. The next steps will include aligning the Near-Infrared Spectrograph, Mid-Infrared Instrument, and Near InfraRed Imager and Slitless Spectrograph.