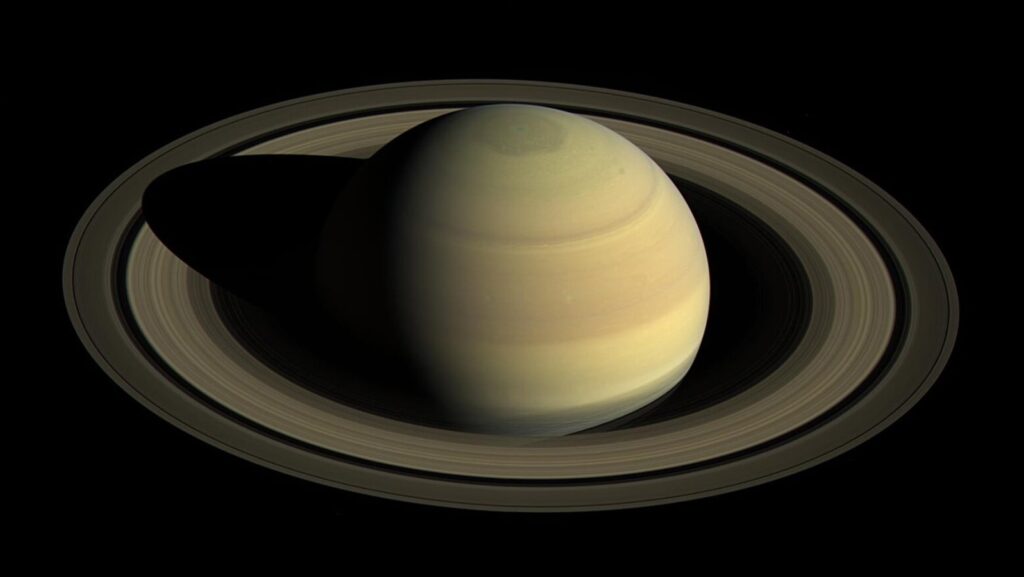 Saturn rings are the defining feature of the most easy to recognize planet in our solar system. But NASA scientists believe that it will not be there for long. The rings will disappear soon.

While you may struggle to identify some planets in our solar system purely by their picture, you will definitely not face the same problem with Saturn due to its beautiful rings. But shockingly, NASA scientists believe that the Saturn rings will not be here forever. In fact, amazingly, Saturn rings are being destroyed right now at this very moment! It is hard to imagine Saturn without its characteristic rings surrounding it, but it appears that is where the planet is headed for. And this will happen due to a strange phenomenon called the ‘ring rain’. Read on to find out what it is and when exactly will Saturn rings will be lost forever.

The destruction of Saturn rings has been an ongoing process spanning millions of years and is not a new development. The rings are made up of icy particles, rocks and dust which orbit around the planet being captured by its gravitational pull, much like satellites and moons do. But every time a meteorite, even as small as a pebble, hits the ring, it disturbs the dusty pieces of the ring matter and adds electric charge to them. The same is also caused by a geomagnetic storm generated by the Sun. The charged ring matter gets attracted by Saturn’s electromagnetic fields, gets pulled in and the planet vaporizes the particles in its cloudy atmosphere. This is called ring rain, astronomers who talked to The Atlantic revealed.

Many scientists from space agencies all over the world like NASA, ESA (European Space Agency) and JAXA (Japan’s space agency) believe that this ring rain will cause Saturn to lose the ring matter till nothing is left anymore. However, there is no need to worry about it happening in our lifetimes – it is not. Because, according to the predictions, Saturn will not be ring-less for at least 300 million years more. However, significantly, it will lose its core rings within a 100 million years.

Where did Saturn rings come from

Earlier, scientists believed that the rings of Saturn emerged with the planet itself, a time when the solar system was in its early stage of formation. This made sense as there would be a lot of particles and dust to help create these rings before everything settled down. However, two space missions by NASA have proved that the rings are much younger than earlier predicted – about 10 to 100 million years old.

The NASA spaceship Voyager was the first to send us the information about Saturn when it crossed the planet from an unprecedented closeness in the 1980s and revealed that the mass of the rings was not enough for it to have survived 4.6 billion years, as was predicted earlier. In 2017, NASA spacecraft Cassini was launched for the sole purpose of sending information about Saturn and its rings and its information corroborated with Voyager’s findings. This shockingly proved that when dinosaurs first began walking on Earth, Saturn did not have its rings!

The next question that came in was how did Saturn find enough material? While there is no consensus among scientists, the most popular theory is that the rings were formed when one of Saturn’s moons moved too close to the planet and was shredded to pieces.