NEW DELHI: India’s No 2 telecom service provider Bharti Airtel said Thursday that it had closed the $1 billion investment deal with Google International LLC, after which the search giant will hold 1.2% in the Sunil Mittal promoted company.

The carrier has allotted preferential shares amounting to over ₹5,224 crore to Google’s entity while the remaining $300 million will be invested through commercial agreements over the next five years.

“The ‘Special Committee of Directors for Preferential Allotment of the company has approved the allotment of 71,176,839 equity shares of the face value of ₹5/- each fully paid up, on preferential basis to Google International LLC (Google) at an issue price of ₹734/- per equity share (including a premium of ₹729 per equity share),” the carrier said in a note to BSE on Thursday.

As an outcome, Google will hold about 1.2% of the total post-issue equity shares of the company, which is about 1.17% on a fully-diluted basis.

The announcement follows approval from the Competition Commission of India last week.

Google had said in January this year that it will invest up to $1 billion in Airtel through an equity purchase of 1.28% for $700 million and a commercial agreement of $300 million on mutual terms over the next five years.

The investment comes on the back of the internet search giant having invested $4.5 billion in Reliance Jio back in July 2020, both part of the Google for India Digitization Fund, making it an investor in two rival telecom service providers in the sector.

Catch all the Corporate news and Updates on Live Mint.
Download The Mint News App to get Daily Market Updates & Live Business News. 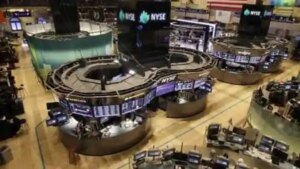