On World Bipolar Day, we should understand the need to raise awareness for neurological issues like bipolar disorder, especially in children.

Neurological disorders in children are a leading cause of long-term disability worldwide. Several of their symptoms persist in adulthood and have a major impact on quality of life. A survey showed that the prevalence of neurological issues like bipolar disorder in 6 months to 2-year-old children in northern India was 27.92 per 1000. Another survey showed a prevalence of 31.3 per 1000 children in the 9 to 15 years age group. Caring for children with these disorders is often a challenge for parents and caretakers.

How should parents recognize the signs of a neurological disorder in children?

It is important for parents to recognize these disorders early as some of them may be curable or benefit with available therapies. One disorder where parents can pick up early signs is autism. Usually, developing infants are social in nature. They look at faces, respond to voices, and smile by 2 to 3 months of age. In contrast, most children with autism have problems in the day to day human interactions. By one year of age, they may have symptoms such as failure to respond to names, delayed babbling and reduced interest in people. Kids with bipolar disorder, prefer to play alone, do not imitate the actions of others and have delayed speech and communication skills. These red flags can help in early detection and initiation of treatment which improves outcome.

What should parents know about handling a neurological disorder?

Parents also have a major role in adhering to the treatments advised and regular follow ups with their doctor. Medications like anti-epileptics should not be changed or stopped without the doctor’s advice. They also need to learn the emergency care plan during a seizure which can be administered at home or in school.

Often, parents need to make changes in the house to make it injury-free, especially for children who fall frequently. Others also learn home rehabilitation and provide neurodevelopmental therapies as visiting therapy centres may not always be possible for people living in remote areas or with financial constraints.

Parents’ role is also essential in genetic disorders where they may or not be carriers of the defective genes. Getting themselves checked and timely prenatal diagnosis can help them have subsequent normal children.

How to keep your child healthier despite neurological issues?

Parents often have to guard their children against stigmatisation and bullying. Not only do they need to ensure compliance with medicines but also provide emotional and psychological support to the child to come to terms with his illness. At the same time, overprotection needs to be avoided. Many parents may be in denial of the child’s diagnosis and may themselves need emotional and psychological support to accept their child’s disease.

Having supportive extended family and friends may be a boon. Some parents also raise awareness about the diseases in the community and form parent support groups with or without help of health care professionals. These support groups also give emotional and psychological help to children and other parents who are still coming to terms with their child’s diagnosis.

In short, parents play a pivotal role in suspecting the diagnosis and management of neurological disorders in childhood.

Factors To Know While Shopping For Organic Spray Tan OKC! 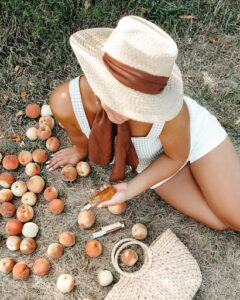 Factors To Know While Shopping For Organic Spray Tan OKC! October 31, 2022
Reasons that Boost Youth to Use Dermatologist Skin Products Reasons that Boost Youth to Use Dermatologist Skin Products